John LaBossiere: We have all heard the saying ” don’t bite the hand that feeds you”. We know it to mean that if someone or something is doing something good or beneficial to you or for you, don’t do anything to screw it up…right? Looking at it from a financial standpoint it might mean that if say a business was paying a portion of it’s profits in taxes to a State or Federal agency, would it make sense to increase their taxes so much that they no longer make a profit? Only if all that matters is garnering the most tax revenue in a short period of time and let’s all agree that it will be a very short period of time for sure. Basic business 101 clearly states…no profit…no business. So suffice it to say that if the Federal Government wants a “long term” tax revenue base from this fast growing industry it is going to have to change a few things…mainly something called 280E.

That is the basic issue that any businesses involved in the growing Medical or Recreational Marijuana industry is facing today. It is most certainly hard enough to start any new business and bring it to profitability, but to be taxed at a 70%-90% effective tax rate from the day you open almost ensures unsustainability. How can that be you ask? Let me introduce you to U.S. Code § 280E – Expenditures in connection with the illegal sale of drugs. Wait a minute, that says illegal, and these businesses are legal right? Well, yes they are legal, but they are selling products that are still classified by our Federal Government as a “class 1” substance which is NOT legal…Federally that is. 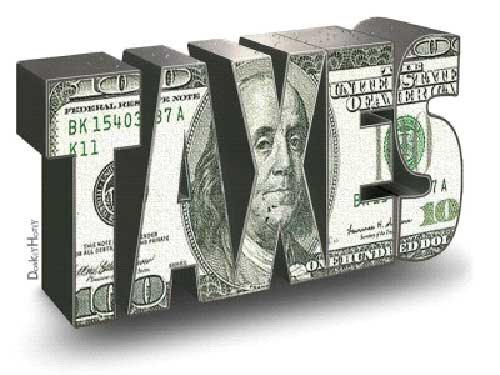 So what does U.S. Code 280E say exactly? It states “No deduction or credit shall be allowed for any amount paid or incurred during the taxable year in carrying on any trade or business if such trade or business (or the activities which comprise such trade or business) consists of trafficking in controlled substances (within the meaning of schedule I and II of the Controlled Substances Act) which is prohibited by Federal law or the law of any State in which such trade or business is conducted.” What it says in reality is that any business involved in the Medical or Recreational Marijuana Industry or Industrial Hemp industry for that matter cannot take all the standard tax deductions that normal small businesses or large corporations can utilize in order to reduce their tax burden to a level that is “and I will use this term loosely” reasonable and allows for profitability in order to maintain company growth and expansion.

U.S. Code 280 E was put into effect in 1982 during the height of “the war on drugs”. It’s purpose of course was to tax out of existence any and all possible profit from drug related business operations. Today though in the year 2014 when many States have some form of “legal” marijuana sale and use, the businesses that are “legal: in that State are still facing Federal taxation that is shall we say “unreasonable”. Any business marijuana related or not cannot survive very long being taxed at that rate.

Both the business owners and legislators know that for this industry to grow to it’s full potential this regulation has to be changed. They are not sitting around hoping that it will, they are actively pushing the matter at every level. Anti-tax crusader Grover Norquist and Democrat Congressman Earl Blumenauer (from Oregon) agreed that 280e needs an exception for State-licensed cannabis businesses.

The two joined Congressional Representative Dana Rohrabacher (from California) to push legislation that would cut taxes for owners of legal cannabis dispensaries by allowing them to deduct the same business expenses as all other small businesses. According to Norquist, 280e leaves some cannabis business owners paying a tax rate as high as 87.5% and he called 280e an “a perversion of congressional intent.” Though the Department of Justice says it will not oppose laws legalizing cannabis in individual states, Federal law still considers it a crime to sell or possess cannabis. Therefore, the IRS can continue using 280e to put cannabis business owners at risk of being taxed out of business.

Blumenauer has introduced a one-page bill that would exempt legally licensed cannabis sellers from 280e. Norquist wrote in a letter to House Ways and Means Committee Chairman Dave Camp that “the IRS has made it very clear that an act of Congress is required to fix this unintentional error.” Unintentional or not, it is still on the books and putting a heavy burden on any business involved in the Medical or Recreational Marijuana industry. Time will tell but we all know…it has to go!