Cannabis Hemp Cross Pollenization and Being a Good Neighbor – How Close is Too Close?

The question facing states which now allow or will allow both Cannabis and Industrial Hemp growing is how close can the two different plants be to one another to alleviate or reduce the chances of cross-pollination with each other? That in itself is a basic agricultural question which has been asked and evaluated for as long as man has grown crops commercially. So… this is not a new problem which has just “cropped” up. 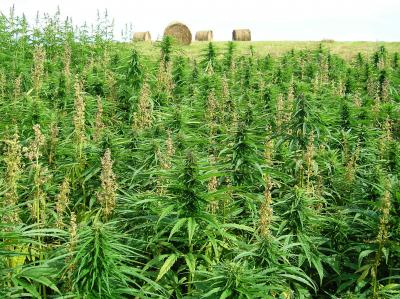 One good example of this issue is the growing of different types of corn. The growing of cannabis and hemp is botanically analogous to field corn and sweet corn — one of which is grown for human consumption, the other is grown for animal consumption. Corn producers take great measures to prevent any cross-pollination between their field and sweet corns, including growing the different varieties of corn at different times or making sure there is sufficient distance between the different fields.

Now that hemp is being evaluated and licensed as an agriculture crop in the same states that have legalized cannabis production, marijuana / cannabis growers have a real concern with pollen from industrial hemp plants cross-pollinating with their prized cannabis strains. Marijuana flowers, as you know, are unpollinated female plants, and cross-pollination will essentially ruin the marijuana by changing or reducing the potency of the strain and producing seeds instead of flowers.

One significant difference that effects cross-pollination and legitimately concerns marijuana growers is the hemp plants’ growing season. Hemp has an indeterminate growth in which hemp plants go to seed fairly quickly and while other nearby crops may be finished pollinating the hemp crop would still have pollen and would thus pollinate any marijuana plants growing in the same field or in a nearby field.

So, what is a nearby field? How close is too close? 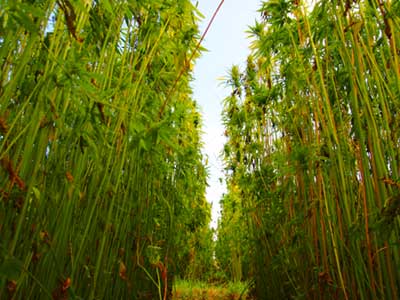 Well it is a known fact that pollination occurs by spores traveling from one plant to another. They are carried in basically two ways, by the wind and by insects – mostly bees. By wind most pollen travels about 100 yards or so, but depending on the weight and size of pollen and other natural conditions, wind-borne pollen can travel for miles, up to 2,000 miles away from the source. Regardless of how far it travels the hemp pollen will find the cannabis / marijuana plants because the male pollen wants to pollinate the females. That is Cannabis Sex 101.

Wind is wind and like all of nature can be unpredictable, but has prevailing patterns which can be accounted for and a general safe distance and direction can be determined. Bees have been found to generally travel not much more than three miles from their hive, so we can use that as a basis point for their cross-pollination effect. But it is a fact that if bees are hungry they will find both plants.

As mentioned above this issue has been researched by other countries and states and some conclusions have been reached. For example: . An experiment in Russia found that hemp pollen could travel 12 kilometers or about 7.5 miles. This would mean that a hemp field would create a zone with a 12-kilometer/7.5 mile radius within which no marijuana grower would want to establish a crop. In Canada according to pedigree hemp production regulation in Canada, a range up to 5,000 meters (3 miles) is required for isolation between different pedigree and different cultivars.

It seems that many experts are starting to agree on an average distance that will work for both sides. A very well known industry expert and international hemp agriculture consultant Anndrea Hermann says it this way: “experts agree that a distance of 10 miles between hemp and marijuana fields is exceedingly appropriate to avoid cross-pollination”. Or as Anndrea Hermann would say, “a nice, country road drive!”

We at the USACC and NWCC are working on behalf of all involved to make sure that these concerns are addressed at every level as these new opportunities unfold before us.